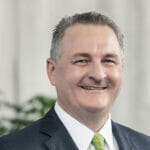 The purchase of 120 Spencer Street marks the fifth acquisition in Australia in six months for the SGX-listed asset management arm of the Singaporean property giant and the first in the country for CapitaLand Open End Real Estate Fund (COREF), the company said Tuesday in a release.

The seller was CBRE Investment Management, which struck a deal for the freehold property in early April, according to the Australian Financial Review. The asset changed hands for about A$325 million ($233.3 million), the AFR reported.

“Australia is one of CLI’s focus markets where we see significant potential for growth,” said Paul Toussaint, managing director for Australia at CapitaLand Investment. “CLI has invested about A$1.5 billion in five quality assets in the country held through its private and listed funds in the past six months.”

The surrounding Western Core area has enjoyed a revival led by development of the Docklands precinct, where Singapore’s Straits Trading announced in February that it would buy a pair of office buildings for A$150 million. In addition, SGX-listed Keppel REIT holds a 50 percent stake in the A$405 million Victoria Police Centre about seven minutes’ walk down Spencer Street.

The property has a committed office occupancy of 97.5 percent and a weighted average lease expiry of 6.7 years, with tenants including flexible office provider WeWork and Central Queensland University. The AFR said the agreed price suggests a yield in excess of 5 percent.

The building underwent a A$30 million upgrade over the last five years, including the installation of energy-efficient mechanical and engineering equipment. 120 Spencer Street operates fully on green electricity and has received NABERS Energy 4 Star and NABERS Water 5.5 Star certifications, CapitaLand Investment said.

“The Australian office sector presents relative value, and our highly experienced local team has been able to capitalise on the window ahead of the post-COVID recovery to capture this opportunity,” said Simon Treacy, CEO of private equity real estate at CapitaLand Investment.

Temasek Holdings-controlled CapitaLand Investment has S$6.9 billion in assets under management in Australia. Upon completing the acquisitions of 120 Spencer Street and an integrated development at 101-103 Miller Street in North Sydney (via a half-stake held by its CapitaLand Integrated Commercial Trust), the company will add two more offices and a retail centre to its Down Under AUM.

Established last August, COREF has made four acquisitions in Asia Pacific for a total investment of $900 million.

To that end, COREF teamed up with CapitaLand Integrated Commercial Trust in March to acquire 79 Robinson Road in Singapore’s downtown core for S$1.26 billion ($930 million) from CapitaLand Investment and its Japanese partners.