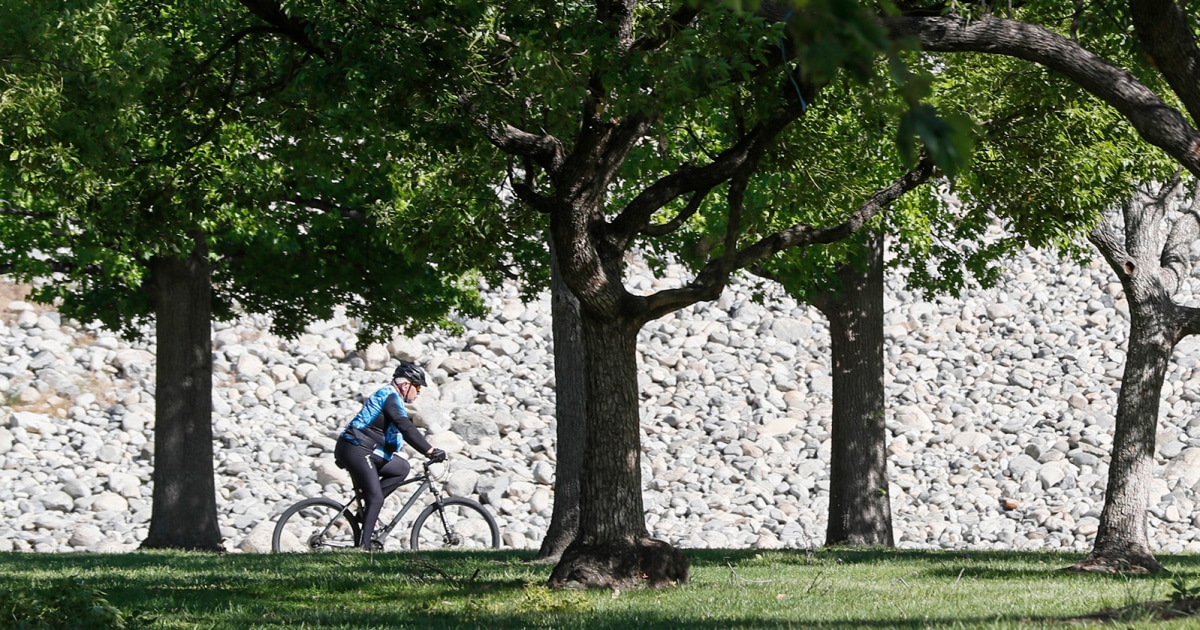 Cristina Velazquez says she never played outside as a kid because it was too hot and the parks were too dangerous.

Velazquez, 24, grew up in Westlake, a densely populated area in Central Los Angeles that like many inner-city areas had little trees or green space. The community is mostly Latino and more than 20 percent of its residents live in poverty. When she took bus rides to the other side of the city, she remembers seeing children playing together under the shade of trees.

“When you watch TV and you see a program that has little kids playing on the streets, that is not something that I had ever experienced,” said Velazquez, who was part of Los Angeles’ Tree Ambassador Program, which recruits people directly from communities that need more trees to do environmental outreach within their own neighborhoods. “It is a massive difference. Like you can really tell just how different even like a few trees can make in terms of your childhood.”

But those efforts face challenges, including several physical, social and financial barriers that stand in the way of making tree canopy coverage equitable.

Physical barriers tend to be the trickiest and priciest obstacle. City planners and urban foresters have to navigate the built infrastructure to make room for trees. Sometimes this involves cutting into pavement, which is more expensive than planting trees where there is readily available green space.

Generally, it can cost around $300 to pull up enough concrete for a single tree, according to Ian Leahy, vice president of urban forestry at American Forests, a nonprofit group dedicated to conserving forests in the United States.

“It’s great to plant trees in a big open field, but a lot of times where the trees are needed most, it’s like a building, a sidewalk, a road, like there’s just not a lot of space,” he said.

Extreme heat in cities is a major issue around the world, and underserved urban communities like Westlake can be at particular risk because of urban heat island effect, which is when an area traps more heat due to the lack of green space and a higher density of pavement and buildings. It’s a growing problem in a warming world — extreme heat is already the deadliest weather-related hazard in the U.S.

This has brought renewed scrutiny to the lack of green space in many poor urban areas. Research shows that historically redlined communities, which are Black and brown communities that recieved little investment due to discriminatory practices, face more extreme heat threats largely due to the lack of tree canopy.

Tree canopy coverage can significantly decrease temperatures, sometimes by almost 10 degrees Fahrenheit, which can help in Westlake where the average temperature is close to 90 degrees Fahrenheit in the summertime. A recent study from the International Journal of Biometeorology found that 1 in 4 lives in Los Angeles could be saved during extreme heat events when there is more tree canopy, as well as other cooling methods in place.

But planting trees in cities is not as easy as it seems.

Urban foresters have to get creative with the space available, but urban forestry is an underresourced industry, many times with one or two people working on intricate plans in city governments, and major labor shortages occurring at the tree maintenance level. In some smaller cities, like Jackson, Mississippi, nonprofit groups have to fill in the gaps. Overall, it’s difficult for cities to maintain already existing trees, let alone add more.

There are efforts in place across the nation to recruit more diverse workers into the field. Denver will pilot a pre-apprenticeship program this summer to train formerly incarcerated people in urban forestry jobs. This spring, Los Angeles graduated the first class of its Tree Ambassador Program that recruits people directly from the communities that need more trees.

Velazquez is one of the new graduates. During the program, she went door to door in her neighborhood asking residents if they would water a newly planted tree in the area, many of whom answered no. This is not an uncommon response, especially in historically disadvantaged communities.

She said that in her neighborhood, some residents believe it would be too much of an expense, others simply don’t have the time between work and taking care of their households. But many have a distrust of the city’s ability to take care of the trees properly as they grow. She said many of the older trees that are in the neighborhood are not maintained.

“It’s a very old neighborhood. Basically, all the trees that we have have been there for decades,” Velazquez said. “But it’s also an underresourced neighborhood, so the city has basically not taken care of them. So, we have a lot of massive trees that interfere with power lines, trees that are dying or are already dead, trees with limbs that are nearly touching apartment buildings or overhanging on the streets.”

Taking care of the already existing trees is on Los Angeles City Forester Rachel Malarich’s agenda. While tree planting has slowed down since the beginning of the pandemic, she’s looking for sustainable solutions to the city’s tree canopy inequities.

“The important thing to note when we’re thinking about tree canopy equity also is that it cannot just be tree planting,” she said. “I have continued to remind folks that without good tree preservation policies and good maintenance practices, we will lose canopy while we’re trying to add it through tree planting.”

On the opposite coast, New York City’s borough presidents are looking to increase tree canopy coverage with a “Million More Trees” campaign. Between the Bloomberg and the de Blasio administrations, the city planted 1 million trees — a goal borough presidents want to repeat. Mayor Eric Adams has not yet responded to the proposed project.

The Nature Conservancy, a global environmental nonprofit group, released a report in November that found that despite prior planting efforts, the tree canopy coverage remained inequitable in New York City.

Arif Ullah, executive director of South Bronx Unite, a community advocacy group, said he wants more trees to help ease major health inequities in the Bronx. The borough has the highest rates of child asthma and asthma morbidity in the country.

“The air that we breathe is killing us,” Ullahhe said.

Heat-related illnesses and deaths are also a concern in NYC’sNew York City’s communities of color, as well as in cities across the country. Each year, heat puts 450 New Yorkers in the emergency room. From 2010 to 2019, overmore than 100 New Yorkers have suffered heat-exacerbated deaths, of which 43 percent were Black people.

In L.A.Los Angeles, there are overmore than 3,000 heat-related deaths in the same time frame, according to a Los Angeles Times investigation.

Malarich said she works to shift the focus from trees in cities being a luxury to trees being necessary for a healthy life.

“Trees are seen as a beautification, an amenity, that an affluent community might have. ‘Oh, ‘it’s nice to have.’” Malarichshe said. “Trees are not a ‘nice to have.’ They’re a need to have.”