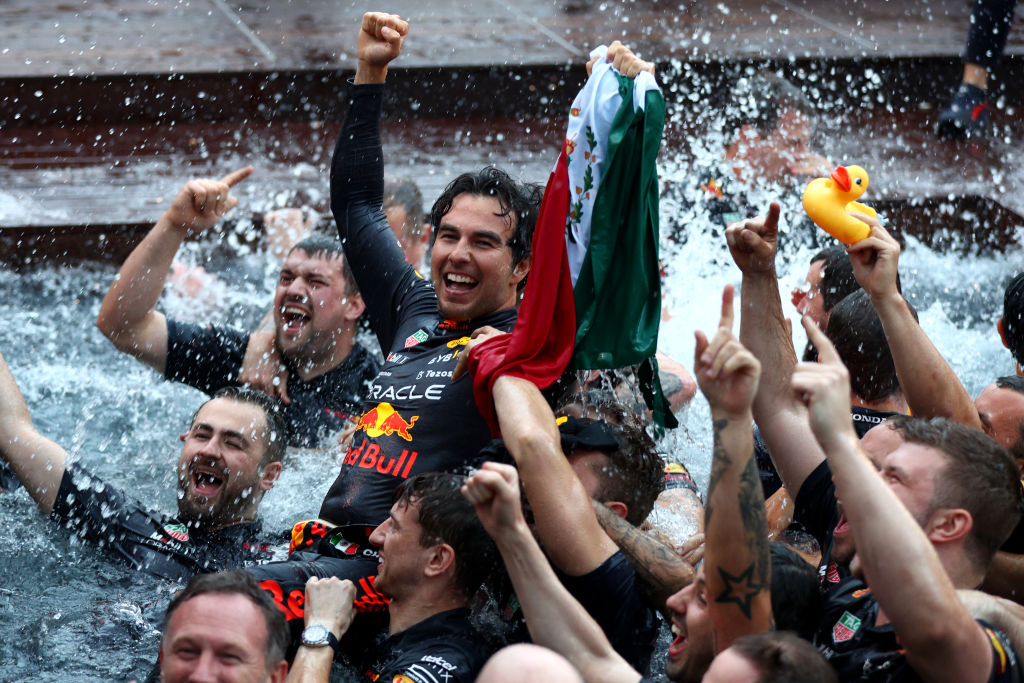 Just a week after decisions taken on the pit wall forced Sergio Perez to move aside and give up an almost certain victory, smart Red Bull strategy yesterday in the principality of Monaco handed the Mexican his third F1 win.

But it wasn’t quite the procession that the narrow streets of the microstate have become used to.

The start was delayed due to a lack of grip after rain descended on the track. It seems bizarre that cars with specifically made wet weather tyres wouldn’t be able to handle the conditions but governing body the FIA cited safety concerns for their decision.

When racing finally got underway, over an hour later, it was behind the safety car. It took just two laps for the pit lane, just metres away from Monaco’s famous casinos, to welcome its first gamblers. Do you opt for intermediate tyres and hope the grip holds?

The times of those using inters started to tumble and it was instantly clear that both the under and overcuts could decide this Grand Prix.

Perez came in on lap 17 with Charles Leclerc pitting a lap later alongside Max Verstappen. Ferrari’s Carlos Sainz stayed out and would commit to slicks when the track was dry enough.

A small number of laps later, once Mick Schumacher had proved the slicks were optimal, Sainz pitted from the lead in a double stack with Leclerc.

The Monegasque driver was furious, but he had no clue over how big the call would be.

Just a lap later the Red Bulls pitted. Perez returned in front of Sainz and Verstappen emerged ahead of Leclerc.

The quick series of stops had concluded for the leaders and Leclerc had dropped three places in the process. It was a disaster for Leclerc – whose fourth place on Sunday was his best ever result in the principality. Though appeals were lodged into the night by Ferrari over the possibility of Red Bull crossing pit exit lines.

The four leaders would remain in position for the remainder of the Grand Prix, halted only by a red flag caused by Schumacher rampaging into the barriers down on the coastline.

Delays removed the 77-lap target and replaced it with a countdown clock, and in the final moments the four leading cars were within seconds of each other. It was a test of nerve.

Having never led a lap around the sport’s most famous track in his 11-year career leading up to this weekend, Perez held his own and claimed his maiden win in Monaco.

His 25-point haul kept him third in the drivers’ standings but closed the gap to Leclerc to six points and team-mate and reigning champion Max Verstappen to 15 points.

It could look very different if Red Bull hadn’t ordered the Mexican to move over for Max Verstappen in Barcelona due to different driving strategies.

And while Monaco turned into a dream three hours for Perez, and he showed his worth to a team yet to renew his contract for next season, if push comes to shove in the future there’s no doubt Checo will return to playing second fiddle.