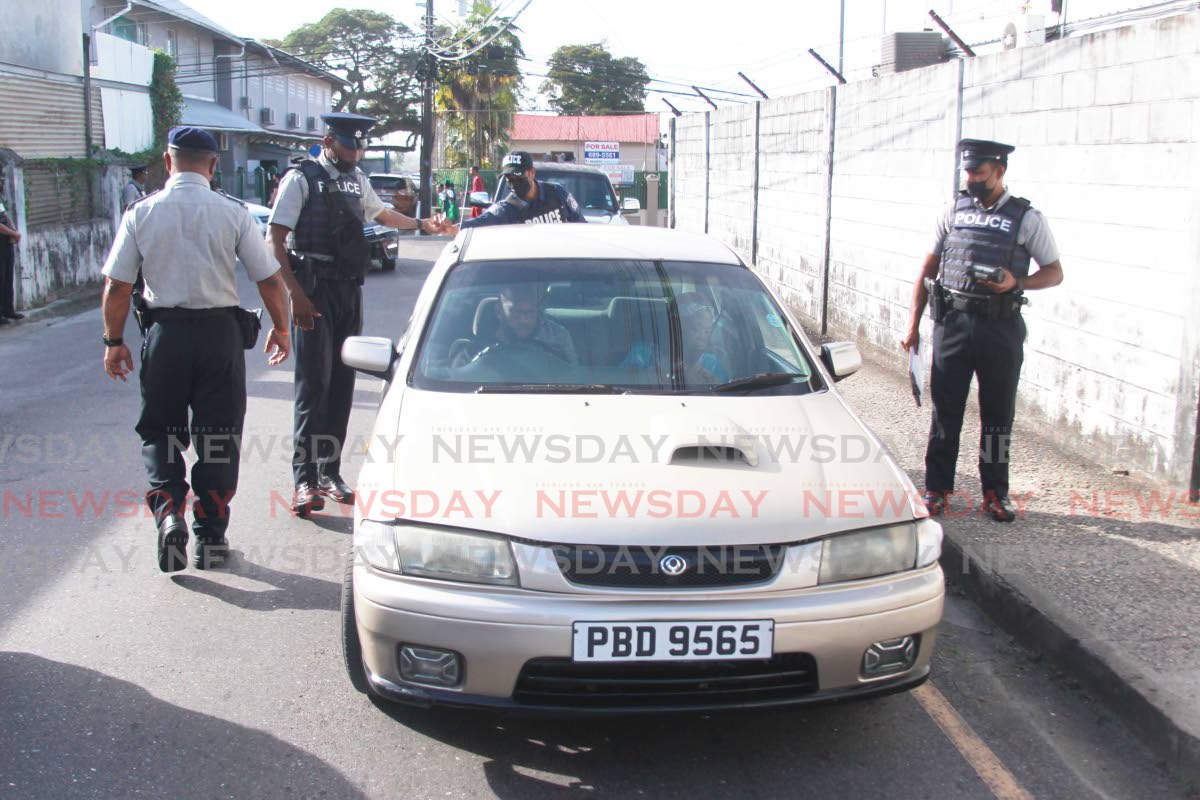 Police officers out in numbers in San Fernando to ensure a free flow of traffic on the first day of the new school term. PHOTO BY LINCOLN HOLDER –

THE first school day of the new year saw a heavy police presence in San Fernando on Tuesday, with officers directing traffic and ensuring a smooth flow.

The police were seen at Harris Promenade and at the corner of Paradise Street and Lord Street. The area has three nearby schools, St Gabriel’s Girls’ RC, St Joseph Convent and San Fernando Boys RC.

A man drops off his daughter at San Fernando Girls Government primary school on Tuesday. PHOTO BY LINCOLN HOLDER –
At San Fernando Boys RC, eight-year-old Jayden Jordan was accompanied to the front entrance gates by his father.

The father told Newsday his son had no problem waking up on Tuesday to return to classes.

“It was easy getting up because he gets up when it is time to get up. But there was a lot of traffic getting here, and he fell asleep in the car on the way. Now he wants to sleep,” the father said.

Several other parents also dropped off their children and drove away.

Despite a long line of traffic on the San Fernando By-Pass to get onto Rushworth Street, a parent of a second year student of San Fernando Girls Government said the traffic was not “that bad.”

“Usually, at this hour, there is more traffic than this. It was not that bad today. She was excited to go to school,” a parent told Newsday.

OFF TO SCHOOL: Students of St Gabriel’s Girls RC Primary in San Fernando make their way to the school on Tuesday, the first day of the new term. PHOTO BY LINCOLN HOLDER –
Meanwhile, students from the Caratal Sacred Heart RC School at Caratal Road in Gasparillo stayed away from classes.

Instead, they joined parents and other residents in a placard demonstration outside the school to call on the authority to repair deplorable roads in the community.

They complained that the road had worsened since the school closed in December.

Schools nationwide were closed on December 9 for the Christmas holidays and reopened on Tuesday.