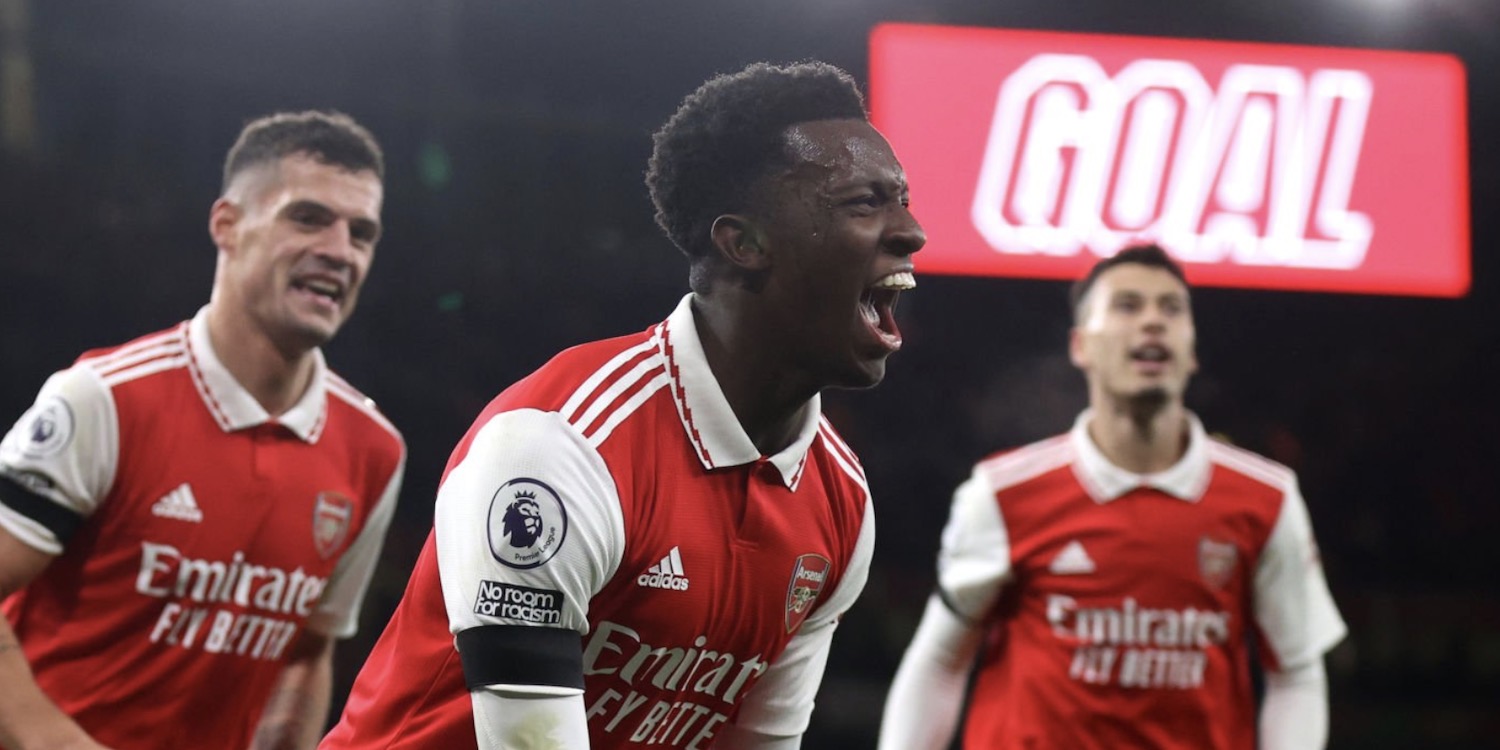 Match report – Player ratings – Arteta reaction – Video
It wasn’t quite a tale of two halves, because I think for the most part Arsenal were the team on top – but there’s no question the second 45 minutes saw us shake off some rustiness that was evident in the first to come from behind and beat West Ham 3-1.

The team was more or less as expected, a slight surprise to see William Saliba straight back in, but it’s also an understandable decision. We almost got off to the brightest possible start, Bukayo Saka sticking the ball in the net, but the slightest touch of the ball off his heel in the build up rendered him offside.

The rustiness manifested itself in a slight lack of fluency in our build up, and I thought both centre-halves looked a bit heavy legged or something. Gabriel must have misjudged 4 or 5 high balls over the course of the 90 minutes, and Saliba – usually so light on his feet for such a big man – appeared heavy of foot. In normal circumstances (without a World Cup break), I think he’d have dealt with the ball over the top with authority and ease, but he hesitated, then slid in making the slightest contact with Jarrod Bowen. I think it’s quite a generous penalty, even if the contact is obvious, but the ref pointed to the spot and West Ham went 1-0 up.

In first half injury time we were awarded a penalty of our own, but replays showed that the ball hit Aaron Creswell in the face, not the hands. The hands, by the way, were far too busy trying to remove Bukayo Saka’s shirt from his back at every opportunity – but without any censure from the officials. Go figure.

Being behind isn’t something we’ve experienced a lot of this season, so in these very specific circumstances as we looked to get things going again, it was going to be interesting to see how we responded. There was, perhaps, a touch of fortune to the first goal – unless Martin Odegaard has perfected the art of the assist disguised as a crap shot. And look, based on the rest of his performance, I wouldn’t rule that out 100%. The ball came to a very onside Saka, his first touch was superb, and he slotted it beyond Lukasz Fabianski to make it 1-1.

Five minutes later and it was 2-1. West Ham sat deep, Arsenal passed it around them, in front of them, then through them via Odegaard and Granit Xhaka, who fed Gabriel Martinelli. It always looks bad for a keeper to be beaten at his near post, but I’d put a fair chunk of this goal down to the power and precision of the shot rather than bad goalkeeping. Fabianski won’t be happy, but the way Martinelli gets his shot off with such little back-lift deserves more credit than the former Arsenal keeper merits criticism (in my opinion at least, I’m sure West Ham fans might differ).

The fact that the two wide men scored continues a theme that has run throughout this season, but the third goal was perhaps the most pleasing of the night. Not just because it knocked what little stuffing was left in West Ham and gave us a cushion to control the game, but because Eddie Nketiah got on the scoresheet. I think he played ok to that point, some shortcomings between him and Jesus were obvious at times, but if every single thing he does is compared the Brazilian, then I think we’re going to drive ourselves mad.

The reality is that we were going to need this player for a few months. Pictures of Jesus before the game with his leg in a brace suggest it’s going to be a while before he plays again, so for Eddie to mark his first Premier League start of the season with a goal will be a great confidence boost for him. It was a lovely goal too. The build-up from Ben White was cheeky, the pass from Odegaard perfectly weighted, but the spin behind the defender and the finish into the bottom corner was first class. Strikers always need goals, but I think with everything that’s going on right now, and the pressure on him to step up, that was a very important one for Eddie Nketiah.

It basically sealed the game and the three points, after which we enjoyed a showcase of Odegaard. This was the very definition of a captain’s performance, leading by example, and leading by quality. Some of his passing was out of this world, for a player criticised sometimes for not shooting enough he took more than any other Arsenal player on the night, and all of this was done with efficient hard work and organisation – and no small amount of panache. The way this player has developed at Arsenal and under Arteta in the last 18 months has been a joy to watch. He was sensational last night.

You see the reaction of this crowd generating belief and just giving a lot of energy to the team. And the team showed, I think, in my opinion, a lot of composure, some real quality, as well as a lot of clarity to understand what the game demanded, and they executed really well.

The win moves us 7 points clear of second place Newcastle who beat the most pathetic looking Leicester side I’ve ever seen yesterday. Eddie Howe’s side are getting praise, and I understand it, but nobody should be in any doubt about how poor Leicester were too. It also means we have 8 points on Man City for now, they play Leeds on Wednesday evening.

So, great to get back to winning ways so quickly, and to show that even in some adversity, this is a team that can step up, respond and get the right result.

The game was also notable for the return of Arsene Wenger to the stadium for the first time. Mikel Arteta said the players didn’t know beforehand, they didn’t want to build it up, but after the second goal went in and a resounding “One Arsene Wenger!” rang around the stadium you’d have to have a heart of stone not to feel how special that was.

It was long overdue and I’m glad it happened at last. I’m glad he got to see us win too. On a night when the owners were present at the front of the Director’s Box, perhaps this means there’s been a thawing of the relationships. Time moves on, it doesn’t mean they’ll be BFFs forever or anything, but after everything he did during his time here, it would have been tragic if he never felt like he could come back.

His presence is something that has to be very attached to this football club. So thank you for doing that because it means a lot to everybody in the club.

Hopefully, he’s going to live here and be willing to spend more time with us and be around us because he’s such an influence. For me personally – my career and the way I see the game – but as well for this football club.

Welcome back, Arsene. And how fitting it was that a young, dynamic Arsenal side marked the occasion with the kind of win and performance we saw so many times during his tenure.

Right, that’s it for now. James and I are recording the Arsecast Extra for you later on this morning. Keep an eye out for the call for questions on Twitter @gunnerblog and @arseblog on Twitter with the hashtag #arsecastextra – or if you’re on Arseblog Member on Patreon, leave your question in the #arsecast-extra-questions channel on our Discord server.

Enjoy the game later, and we should have the podcast for you around midday. Until then.