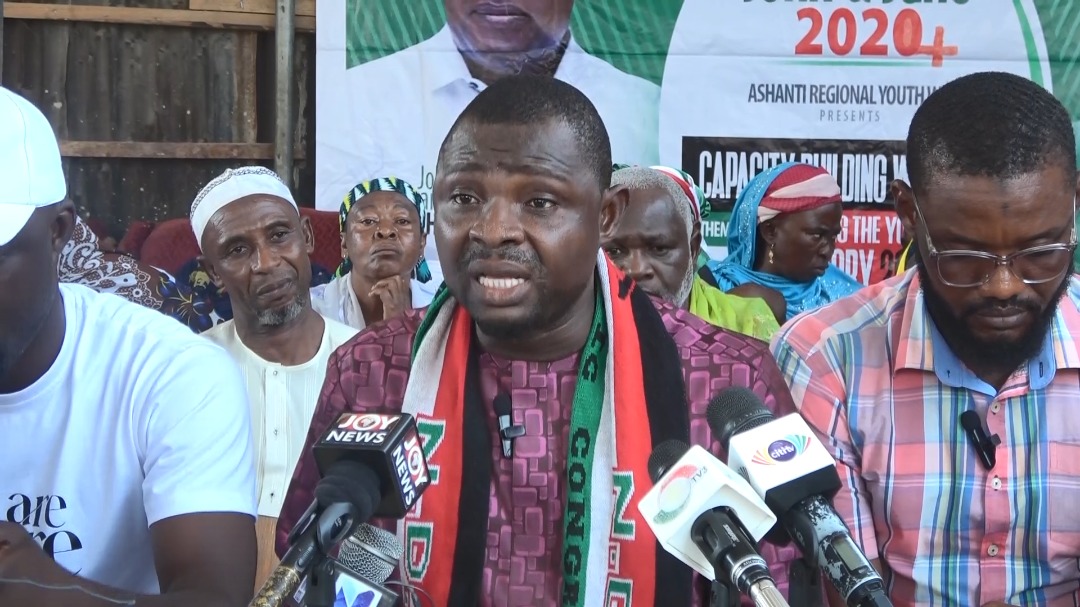 Tension is still brewing within the National Democratic Congress (NDC) in the Asawase constituency of the Ashanti region as the constituency chairman, Faisal Dauda is accusing the Member of Parliament, Muntaka Mubarak of allegedly hiring thugs to gun him down.

Over the years, the Asawase constituency has been described as one of the strongholds of the National Democratic Congress (NDC) in the Ashanti region.

In recent weeks, however, supposed friction between the member of Parliament for the area who doubles as the minority chief whip, Mohammed Muntaka Mubarak, and the NDC constituency chairman, Faisal Dauda has got many party members worried.

While many constituents have appealed to the two persons to smoke the peace pipe, it appears the tension between them is rather growing.

Speaking to journalists at a news conference in the Constituency, the Asawase NDC constituency chairman, Faisal Dauda accused the member of Parliament of planning to cause his death because of the misunderstanding between them.

Faisal Dauda also alleged that the minority chief whip is in bed with the incumbent government and has thus been scheming for the NDC to lose the 2024 polls.

The Asawase NDC chairman has thus vowed to ensure someone contests against the MP in the party’s primaries.

“I did it solely for him in 2019, and he succeeded (in running unopposed in the primaries). This time around, he is not going to succeed. There will be a contest in Asawase”.

The Asawasi MP’s office has debunked the allegations levelled against him. The secretary of the MP, Abdul Haq is thus calling on the interior ministry and the Ghana Police Service to investigate the allegations being made.

“The news conference by the Asawase NDC chairman was nothing. It was just baseless allegations, bogus, and lacked merit. There is nothing to write home about. I would like to draw the attention of the interior minister, the IGP, and the Ghana Police Service, in general, to take him on”.

Speaking to Citi News, the secretary and aide to the Member of Parliament, Abdul Haq said they believe the recent controversies will not affect Mr. Muntaka Mubarak’s chances of winning the party’s upcoming primaries.