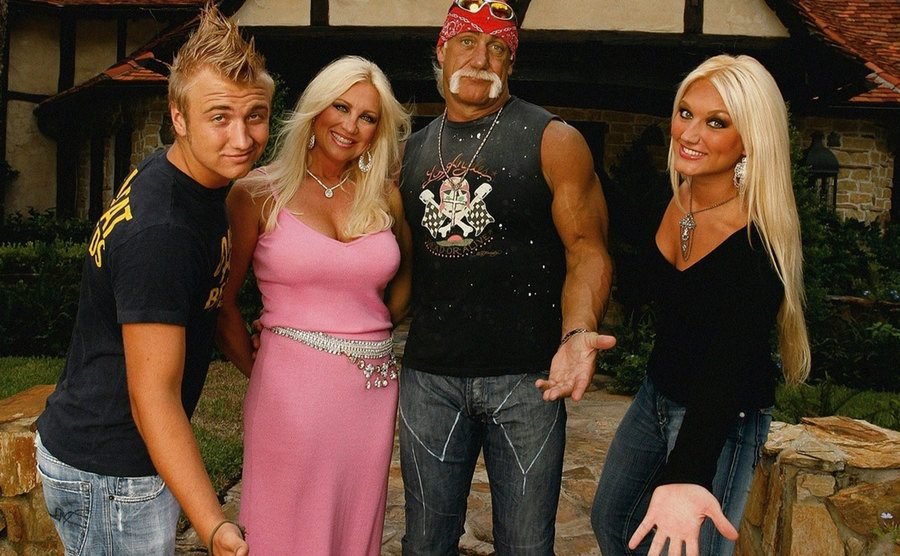 Professional wrestling is mainly choreographed, however, the performers run a real risk of getting injuries. Rare botches give fans a glimpse of the reality of the sports entertainment industry. But there are some wrestlers whose moves are so slick it blurs the line between reality and illusion.

WWE legend Hulk Hogan is among one of the few names on that illustrious list. He revealed in the documentary, ‘Hulk Hogan and Family’ that his children feared for his safety.

The Immortal One’s popularity knows no bounds. It even stretches beyond the stratosphere of the wrestling world. He would alone sell arenas in the 80s, such was his charisma. But the life of a wrestler is filled with taking one sick bump after another.

It is therefore natural for the near and dear ones of a wrestler to be worried about their safety. And speaking in the documentary, Hogan’s daughter Brooke made that much clear.

Kids were concerned about their father’s safetyShe said, “It was really horrifying for me and Nick (Hogan’s Son). All I saw was my dad bleeding profusely and Nick would go running down the hallway screaming“.

The WWE legend attested to the fact and even told how he handled his kid’s anxiety. He said, “If I knew something crazy was going to happen, I was going to get hurt real bad or carried out in the ring. I’d tell them ahead of time so they would know their dad was just having fun with friends and nobody would freak out or anything like that and I told the kids if there was any blood it was fake“.

Hulk Hogan is a legend both in the WWE and WCWHis time with both the WWE and now defunct WCW is still remembered fondly by many fans. Even though he had to eat humble pie and reunite with former boss Vince McMahon in 2002.

The former WWE chairman is shockingly back on the board of directors of the promotion.

There are not many superstars who could match Hogan’s aura in the industry. The Rock might come close, but it would be unfair to compare superstars of different eras in the same breath.

While Hulkster was an unquestionable star of the decade of the 80s, The People’s Champ shone in the latter half of the 90s and early 2000s.

Hulk Hogan is remembered for his larger-than-life persona. Much like the supernatural and enigmatic being, The Undertaker. Like any normal being, Hogan had to attend to his kids, so they were not restless.

As a real champion does, he performed admirably on all fronts and carved out an unimaginable legacy in the wrestling world.

Watch This Story: 10 Pro Wrestlers Who Got Punished For Breaking Kayfabe