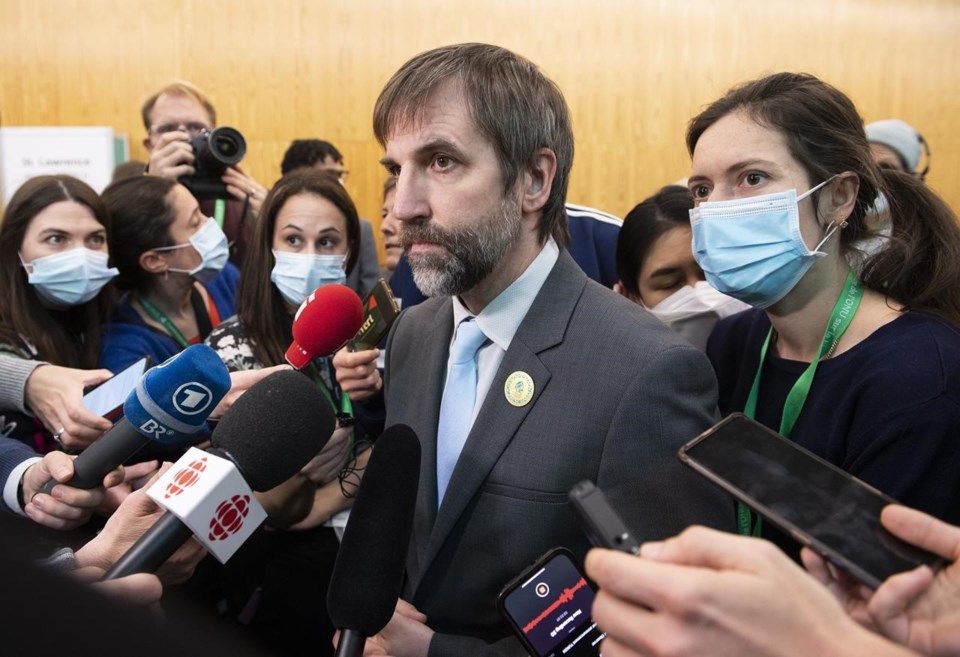 It’s the provinces and territories that control activities that have the most impact on ecosystems such as agriculture, forestry and resource development

Now that the world has come together for a new deal to protect what’s left of the planet’s biodiversity, observers say Canada’s various layers of government will have to do the same.

Ottawa can make the international promises, but it’s the provinces and territories that control activities that have the most impact on ecosystems such as agriculture, forestry and resource development, said Melanie Snow of Ecojustice.

“The provinces and territories do have the most jurisdiction over biodiversity protection,” she said. “National and provincial governments do need to work together.

“I’m sure the federal government will be consulting with the provinces and territories.”

Over the weekend, 196 countries came together on a deal to protect Earth’s biodiversity at the COP15 meeting in Montreal. That deal includes a pledge to protect 30 per cent of the globe’s lands and oceans by 2030 — a promise Ottawa will find difficult to implement if other levels of government, including First Nations, aren’t on board.

“It is achievable if all levels of government get together,” said Sandra Schwartz of the Canadian Parks and Wilderness Society.

The new biodiversity pact calls on the world to phase out at least $700 billion in subsidies that work to degrade biodiversity, often those that go to industries like forestry, farming and fishing. That will force Canadian governments to reconsider policies in all departments, not just environment ministries, said Schwartz.

“A whole-of-government approach is needed.”

Schwartz said governments already consider the potential effects of new projects and policies on greenhouse gas targets. Now, the same has to be done for biodiversity.

“(Officials) don’t currently look at biodiversity or nature outcomes as part of the analysis that’s done to see if the federal government should be investing,” Schwartz said.

That same “biodiversity lens” will have to be turned on current subsidies and tax programs, she added.

“If there are tax incentives that are given that are harmful to areas that may have key biodiversity, we want to make sure those subsidies don’t continue.”

New legislation will have to be developed to bring COP15 into Canadian law, said Snow. Similar legislation already exists for climate targets.

Snow said drafting the new bills will force levels of government to sit down together and work out how the COP15 agreement will be implemented. She said that will be an opportunity for leaders to decide what kinds of development will be permitted where — and if some areas should be off-limits — in advance of proposals coming forward.

That’s better than the current piecemeal approach, where Ottawa decides project by project if it will assess environmental impact.

“What we often see is that there is a tension when the federal government comes in at the last moment,” Snow said.

Federal Environment Minister Steven Guilbeault said such legislation will be a priority for his department in the new year.

“I have team members who have started looking into that and that have started having conversations with NGOs and the department about how would that look and what would be the timeline to develop legislation,” he said.

Guilbeault also said next year Canada will vet its various subsidies to see which harm nature.

Canada made similar promises to phase out subsidies to fossil fuel producers, and has been heavily criticized for taking too long to do it.

It just recently moved to eliminate Canada’s support for international fossil fuel projects and Guilbeault said the domestic subsidies will end by June.

Guilbeault said phasing out fossil fuel subsidies took too long, but that experience should make removal quicker for subsidies that damage biodiversity.

“It will happen more rapidly on for nature subsidies,” he promised.

This report by The Canadian Press was first published Dec. 19, 2022.