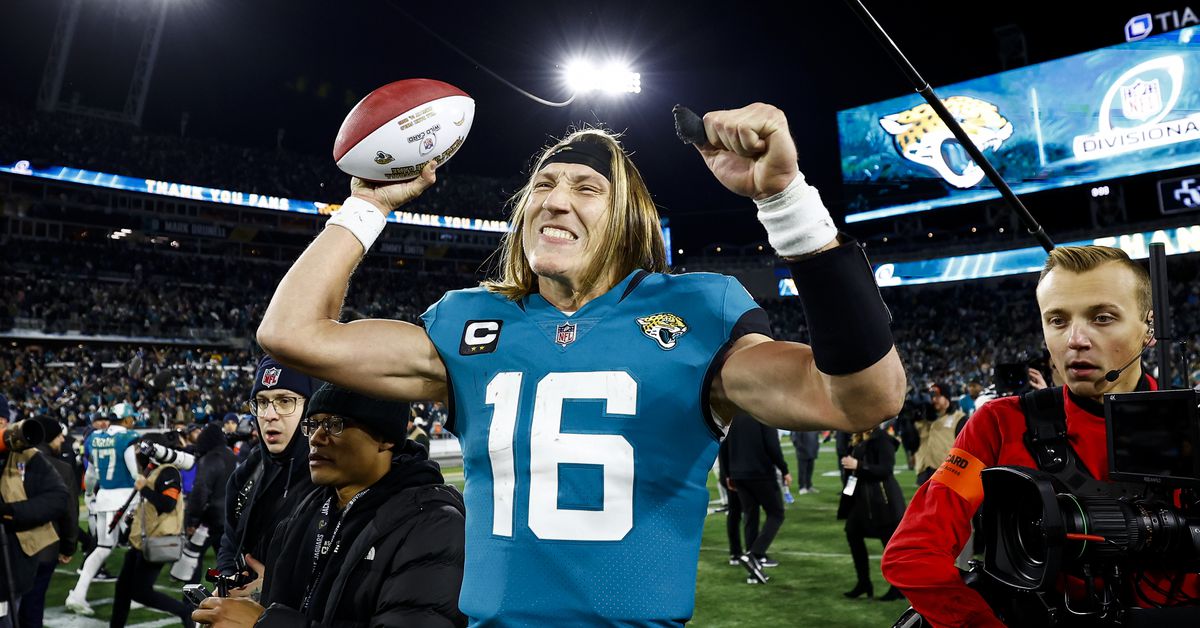 Timber
On Monday, we saw Tom Brady exit the playoffs with a whimper. The week before, the Detroit Lions squashed Aaron Rodgers’ hopes at the postseason. Matt Ryan… well, some things are best left forgotten completely.

Point is, there is a quarterback revolution happening before our eyes, and it’s a young man’s game right now. That has been made abundantly clear by the eight passers still currently standing in the NFL Playoffs, all of whom are either 29 years old or younger (and six of the eight are 26 or younger).

On one hand, that’s not exactly a surprise. Building a roster with a quarterback still on a cheap rookie contract is one of the most commonly-known cheat codes in this league. Five of these eight quarterbacks (Jones, Hurts, Purdy, Burrow, and Lawrence) are still tied to their rookie deals, which has allowed their respective teams to splurge elsewhere and form a more well-rounded team.

But this also represents a changing of the guard at the quarterback position. This year, we will have a Super Bowl-winning quarterback under the age of 30. That has only happened twice (Patrick Mahomes, Nick Foles) in the last eight Super Bowls.

Obviously, this revolution has been happening for a couple of years now, especially in the AFC. Mahomes has been the face of the NFL for several years now, while Allen and Burrow have been on the cusp of championship runs already.

But this year also features a couple of new faces who could take over the next era of superstardom. Hurts had a borderline-MVP season after entering the year as a questionable starter. Lawrence, now out from under the thumb of Urban Meyer, looks like the No. 1 pick everyone saw dominate at Clemson. Even Jones looked impressive in his playoff debut, albeit against a Vikings defense that fired its coordinator following the game.

Then there’s Purdy, who is having a fairy-tale season. The last pick in the 2022 NFL Draft, Purdy was forced into the lineup due to injury and has done nothing but succeed at every turn. Sure, he’s been helped massively by Kyle Shanahan’s genius game-planning that has left Purdy with some shockingly open receivers, but at the very least, Purdy has made the San Francisco 49ers’ quarterback situation extremely interesting, with 2021 first-round pick Trey Lance still waiting for his chance to prove himself.

That leaves us with just one quarterback we haven’t talked about: Dak Prescott, the oldest of the group. The Dallas Cowboys quarterback has had an up-and-down career. At times, he’s flirted with superstardom, and at other times, the moment has looked too big for him. Right now, though, he’s playing some of his best football. Since returning from injury in Week 7, Prescott has led an offense that ranks sixth in DVOA, fourth in expected points added, and first in points scored.

In fact, when you look at all of the highest-scoring offenses in the league for the entire season, they’re almost all led by these young quarterbacks: Mahomes has the top-scoring offense, Hurts is second, Prescott third, Allen fourth, and Hurts sixth. Burrow (eighth) and Lawrence (10th) aren’t far behind.

And with all of these players still very much in the prime of their career, get used to seeing these names deep into January.