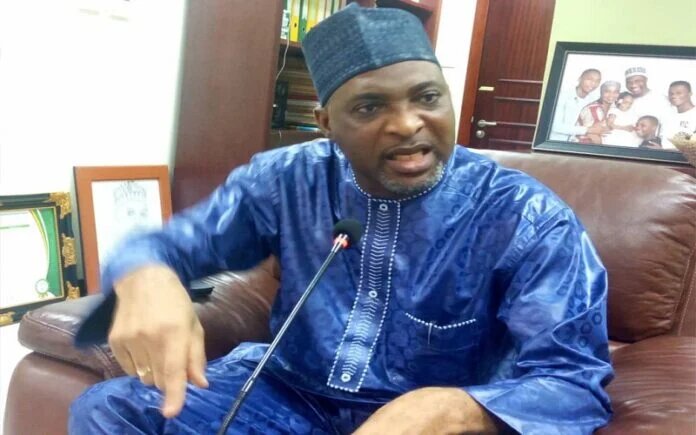 The Minority Chief Whip who doubles as the Member of Parliament for Asawase, Mohammed Muntaka Mubarak, is calling on the leadership of the National Democratic Congress (NDC), to apply the party’s rules in addressing the current tension in his constituency.

The Asawase NDC chairman, Faisal Dauda and persons believed to be in the camp of the Asawase MP have been engaging in a war of words in recent weeks.

But the Asawase Member of Parliament insists he has no problem with the NDC chairman for the constituency.

He however says he has reported to the police to investigate criminal allegations levelled against him by the Constituency chairman.

Speaking to journalists in his constituency, he called on the party’s leadership to intervene to address the issue as early as possible.

“Our party has rules, I listened to all the frivolous allegations and have reported to the party, the region, and the criminal aspect of it, which is somebody planning to kill somebody, I mean murder is not a joke in our country, I have since reported that to the police. I hope our party will take our constitution seriously because a lot of the things that happened are anti-party behaviour. And our party frowns on that, I hope the party will take the necessary measures,” he said.