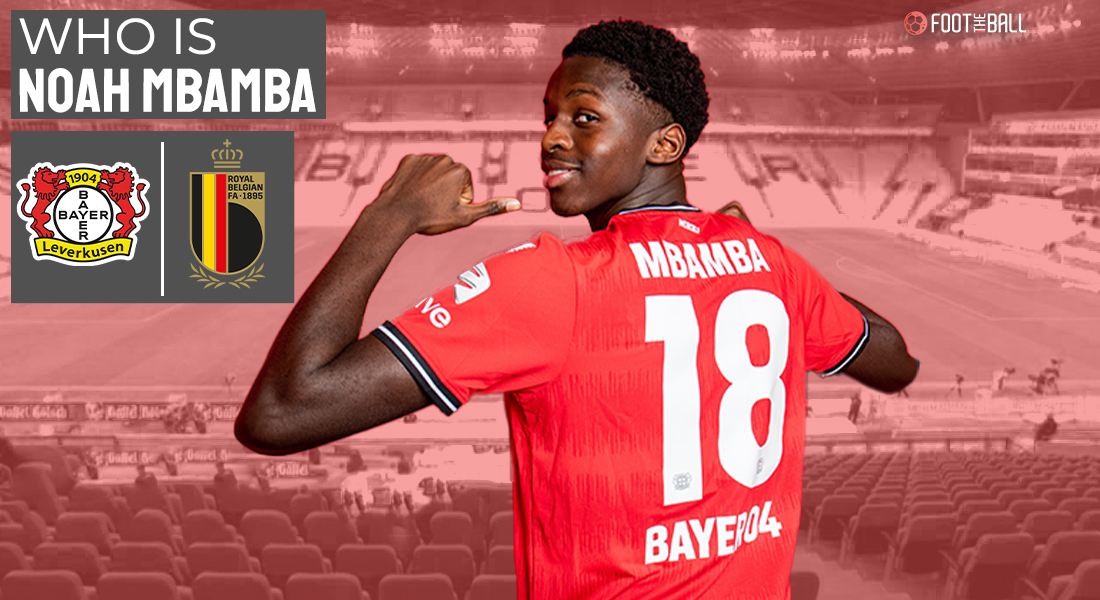 Cameroon timber The 2022 FIFA World Cup saw the last of the Belgian golden generation as they were knocked out in the group stage in their final chance to win some silverware. So now, they must focus on the future. Thankfully, Belgium have a talented crop of youngsters that, in a few years, may be ready to make the Red Devils a top force again. And one of them is Noah Mbamba, who has now been signed by Bayer Leverkusen.

The 18-year-old can play both at centre-back and defensive midfielder but has been deployed at the latter position In a transfer window where the news has been dominated by top transfers such as Cody Gakpo to Liverpool and Mykhailo Mudryk to Chelsea, Leverkusen’s acquisition of Mbamba for only € 100,000 is a steal which they have managed to do ahead of clubs such as Crystal Palace and Chelsea.

We must remember this is the same club that back in 2020 paid a meagre € 200,000 for Florian Wirtz who now is among the top young attackers in the world with a reported release clause upward of € 100 million.

And now they have another talented player who could follow Wirtz’s path to become another great player.

So, who is Noah Mbamba, and how good is he?

Who is Noah Mbamba?
Noah Mbamba-Muanda was born on January 5, 2005, in Ixelles, a municipality under the Brussels Capital Region. His parents are of Congolese descent, as his parents had migrated from Congo to Belgium.

It was at KV Woluwe-Zaventem where he caught the eyes of the scouting network of KRC Genk, who moved quickly to snap him up. During his second year at the club, he would get a call-up to Belgium’s under-15 team, where he featured in games against England and the Netherlands.

His performances would attract the attention of Club Burgee, who signed him in 2020. Mbamba would join Club NXT, which is Brugge’s youth academy. The youngster was one of the few positives in an abysmal season for the youth side as they finished last in their league, conceding 64 goals in 28 matches.

Mbamba would earn a call-up to the senior team next season as he made his debut in Brugge’s opening league match against KAS Eupen. He would go on to make 14 appearances in the league and would also play three games in the Champions League.

Noah Mbamba stats
After making his debut in the 2021-22 season, Mbamba made 14 appearances spending an average of 32 minutes every game on the pitch. He averaged 24.8 touches on the ball, completing 15.6 passes during the team. His passing accuracy was an impressive 87 per cent.

His passing accuracy in his half was 89 per cent, and an impressive 85 per cent in the opposition’s half. In addition, he made 1.5 tackles per 90 minutes and was dribbled past once in two matches.

His time has dipped at the club this season after he refused to sign a new contract, as he has only played two games. However, this could improve at Bayer Leverkusen if he continues to keep up his development.

All the stats from the 2022-23 Premier League season
Luis Guilherme: The latest among a wave of Brazilian wonderkids

Noah Mbamba positioning and style of play
Noah Mbamba has all the attributes that are expected of a defensive midfielder. He is strong and is impressive in snuffing out the opposition’s attacks. However, he also has loads of pace and has excellent positioning sense and is brilliant at reading the opposition’s play, especially when his team doesn’t have the ball.

Another skill of his that is not talked about often is his ambidexterity. Thai allows him to use both feet equally well, thus making him a more potent player. However, while his passing is brilliant, he can still not play his way out of a high press.

It also remains to be seen how his game will have been affected after getting dropped from Brugge’s first team.

Noah Mbamba transfer news
In Noah Mbamba, Bayer Leverkusen have signed a brilliant player who, with the right development, could become another star for Die Werkself. However, even if he fails to develop, Leverkusen would not mind considering they only paid €100,000.

Other clubs, such as Crystal Palace and Chelsa, were interested in signing that player but were beaten to it by the German team. On the other hand, we have already seen players like Sergio Gomez coming straight from the Belgium league to play in the top leagues.

Noah Mbamba has already shown his talent in the Belgium league now he has the perfect chance to take the next step.