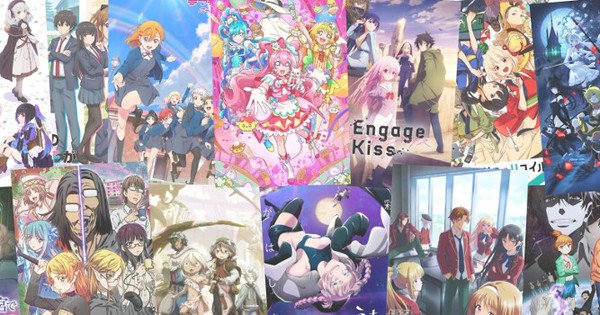 Let’s have a look at what ANN readers consider the best (and worst) of the season,
based on the polls you can find in our Daily Streaming Reviews
and on the Your Score page with the latest simulcasts.

Keep in mind that these rankings are based on how people rated individual episodes of the current season, not on the overall quality or popularity of the series.
Only the titles legally streaming in North America and popular enough are being ranked, so the bottom of the list might represent ‘watchable’ rather than ‘bad’.
See the notes for further details.

Episode Rankings for the week of September 16-22

Along the actual ranking for this week’s episodes, this graph chronicles the change in position from week to week.
While some series are stable, others swing wildly in the rankings depending on the strength of each episode.
When a series has no episode for a given week, the previous week’s episode is used instead as a placeholder.
The first episode of each series is considered as part of the first week, even if it really streamed during the second week.
Click on the numbers to highlight a particular series.

Series Cumulative Ranking as of September 22

Each week’s ranking takes into account the scores given to previous weeks’ episodes.
Click on the numbers to highlight a particular series.

Disclaimer: the rankings are just an average of opinions, published for entertainment and information purposes.
ANN makes no claims regarding statistical significance or invulnerability to spam.

The rankings are computed using the Schulze method,
with the variation that unrated titles are considered as abstentions instead of lower than the rated titles.
This roughly means that if, out of all people who rated both A and B, 60% preferred A, it will be ranked higher than B.

The rankings indicate relative quality (A is preferred to B), not absolute quality (B is good/bad).
While the titles are ranked from ‘best’ to ‘worst’, sometimes the difference between #1 and #10 can be very thin.
So if your favorite is near the bottom of the list, don’t take it personally.
It doesn’t mean it’s a bad show, it just means that ANN readers, on average, have preferred the ones above.

If a series has no episode for a given week, we use the rating data for the previous week’s episode in order to compute the weekly ranking.
This is not officially counted as a position in the ranking (it has no impact on the cumulative ranking), but it makes it easier to compare weeks if they each have the same number of series ranked.

It should be noted that long-running series (and sequels) have an advantage in the sense that only people who like the series are still watching it, and they are likely to give each episode a high rating.
But if such a series is going through a low-quality filler arc, the season will get low rankings that are not indicative of the true overall quality of the series.
Conversely, there are fewer people rating the show so it’s less likely to have enough votes to qualify for the ranking.