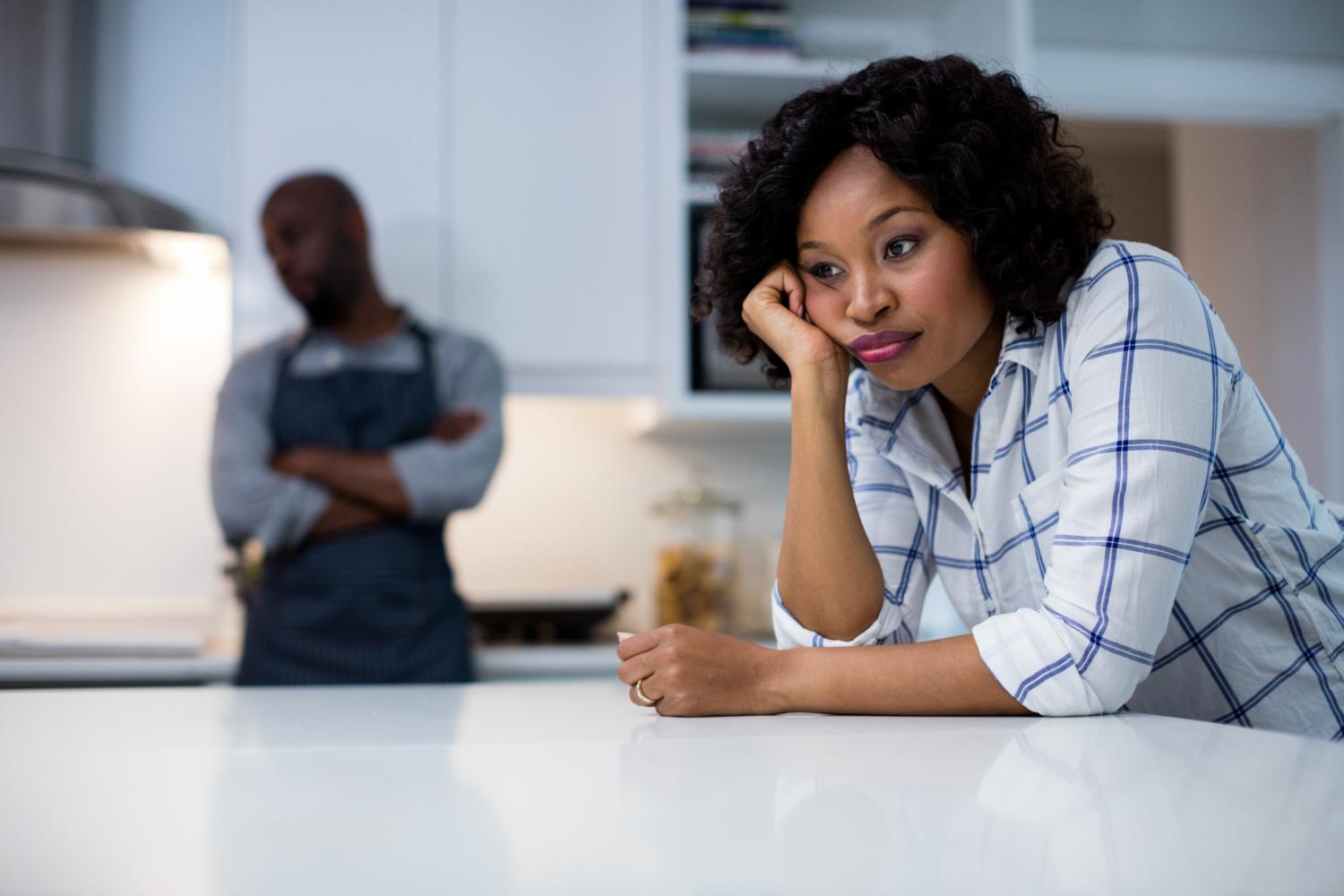 Timber I was going through my boyfriend’s phone when I saw that he saved someone’s number with a love emoji. Meanwhile, my number on his phone is as dry as a desert, there’s no emoji attached to it. So you can understand why I got curious and went to their chats. I opened their texts and WhatsApp chats but there was nothing. The only explanation I came up with was that he deleted their chats. He didn’t want me to chance upon whatever was going on between them. That was when I knew that his drastic change in behaviour was associated with another girl. This man went from smothering me with his attention to completely shutting me out. He wouldn’t call me even if he didn’t hear from me. I was the one who always initiated communication between us.

That day when I got home I asked him, “Titan, is there someone else?” “What do you mean?” He asked. So I repeated my question, “I mean, are you seeing someone else? And don’t try to lie to me. We have been together for three years now, so I know you well enough to know when something is going on with you. So tell me if you are seeing someone else.” He couldn’t deny it, and neither could he admit it. He just launched into a long explanation as to why he changed. He said he had been busy with a new project at work. Of course, I am sure work had nothing to do with the fact that when I called him late in the night, it would either be number busy or he was on another call. I didn’t want to say much without proof, so I kept quiet and carried on with the relationship.

It got to a time I also got tired of calling him all the time so I stopped. Could you believe that for two whole weeks, Titan didn’t call me? This only added to my suspicions. If indeed he was not giving his attention to anyone else, then why didn’t he notice that I did not call him for two weeks? So the next time I went to his place I went through his phone again, hoping to find answers that he wouldn’t give me. That day I found his chats with a lot of girls, and he was professing his love for them. “What is the meaning of this?” I asked as I shoved his phone at him. “You lied to me. You said there was no one else, yet here you are proposing to several girls. Why would you do this?” The moment he saw that he couldn’t wiggle his way out of this with another lie, he became apologetic.

“I was just being stupid. Please, forgive me. I don’t know why I was doing that, considering I don’t like those girls. You are the only person I love. If you give me another chance I won’t do anything like this again, I promise.” For the sake of the love I have for him, I decided to give him a second chance. I tried to move past what he did but I just couldn’t. It was always at the back of my mind that Titan was out there sowing his wild oats while I was faithful to him. To make things worse, he still wouldn’t call me until I call him. I complained about it several times but nothing changed. It was just recently that he called me on his own. He sounded sweet and every bit the caring boyfriend he used to be. “I miss you,” he said, “Can you come over tonight? I want to see you.” I told him, “I can’t make it today. I will let you know by tomorrow morning if I can come around during the day.” He didn’t sound pleased to hear that but I didn’t change my mind.

READ MORE: He’s A Good Christian But He Smells Like A Heartbreak

The next morning I had a lot of work to do so I couldn’t call him in the morning. I couldn’t go over there in the afternoon either. It was in the evening that I got the opportunity to go over there. I don’t always call before visiting him so this time around too I didn’t call. I got to his place around 9:00 PM. And the first thing that greeted me was the voices in his room. He wasn’t alone. He was with a girl. I didn’t want to budge into anything that would break my heart so I knocked on his door. When he came out and saw that it was me, the happy expression on his face changed to annoyance. “I will be with you in a minute,” he said. So I walked out of the house and waited for him outside. When he finished whatever he was doing he came out. The first thing he said was, “You said you would let me know if you are coming. So why did you show up here unannounced?” “The important thing is that I am here, isn’t it?” I asked him. The look on his face said he would have preferred it if I didn’t come.

The silence between us stretched in awkwardness for a while before he said, “I have a visitor, so I have to get back to her.” I didn’t let him go. I intentionally kept him occupied with pointless conversations until it was past 10:00 PM. I thought the girl would get tired of waiting and leave so I would see her face, but that didn’t happen. It looked like she was going to spend the night with him. And Titan confirmed it when he told me, “It’s getting late, you should go home.” I also didn’t want to leave without seeing the girl’s face so I told him I left something of mine in his room that I would like to take. At first, he objected to it, “No, I am not letting you inside. Whatever it is, you can pick it another time.” I insisted it was important that I take it that night so he should let me into the room.

It almost turned into a big scene so he conceded. But before he allowed me to go into the room, he went to ask the girl for permission. When she said it was okay for me to enter, he let me in. I didn’t know how to feel that night. I went into the room and found this girl comfortably sitting on my boyfriend’s bed. “Can I ask you a question?” I looked at her. She didn’t say yes. She was only making, “hmm hmm” sounds. So Titan jumped in and said, “No, you can’t talk to her. Take what you want to take and leave.” I honestly don’t know how I remained calm in that situation. I turned to Titan and asked, “Who is this girl to you?” And he answered my question with another question, “No, who are you to me that you are behaving this way?” Then he pushed me out of his room. I didn’t want to lose my dignity by fighting him off or causing a scene so I quietly went home. My heart felt as if it was on fire in my chest, and my pillow flooded with tears that night. I couldn’t believe he chose another girl over me. After all these years we’ve been together. After everything we’ve been through. Did I mean so little to him?

What Would You Do If You Caught Me Cheating On You?–Beads Media

To this day, Titan doesn’t see anything wrong with his actions. He said the girl was his friend and I was trying to embarrass her so he protected her from me. He claims what he did is what any guy would do to protect their friends from a girlfriend who was acting out of character. It seems he is trying to gaslight me into believing that what happened at his house that night was normal. So I want to ask the men out here, is it normal for you not to introduce your female friend to your girlfriend? Is it normal for you to keep your friend in your room late in the night while chasing your girlfriend out? Am I truly overreacting or overthinking things? Because I feel so disrespected.

Do you have any relationship experience to share? Email it to submissions@silentbeads.com

NOTE: NO PART OF THIS CONTENT CAN BE REPUBLISHED OR REPRODUCED IN ANY FORM WITHOUT THE EXPLICIT CONSENT OF THE EDITORS OF THIS BLOG